A popular street in the center of Gothenburg.

Avenyn is probably the most famous street in Gothenburg. Here you can just go up and down and feel the pulse of the city and if you want to shop and eat and drink, there is plenty to choose from. Before you come to Gothenburg, you may have heard of Avenyn. This is where you go if you want to be seen, eat, maybe go to the theater, dance and then have some night food when it's time to go home later in the night.

The restaurants and shops are close by. At the top of Götaplatsen you have Poseidon, The Art Museum and the City Theater and at the bottom near Kungsportsplatsen you will find Stora Teatern. You also have some hotels to choose from here on Avenyn. Next to Avenyn you will also find Heden. The heath is a large open area where there are football pitches, playground / sports field and parking. Every year, the Gothia Cup is held at Heden, where lots of matches are played.

"Avenyn" itself came into being after Sweden announced a city plan competition in 1961. This was from the beginning the street for the fine people. And inspiration took from Paris' wide boulevards. Today, the street is for everyone and the most famous in Gothenburg. It is actually called Kungsportsavenyn but popularly Avenyn.

When Avenyn was built?
It really started as early as 1838 when Kungsporten was demolished. Then the area was between Kungsporten and the land Lorensberg only meadows and tobacco plantations. That was not how it could look in a big city. Construction began on houses and in the 1880s the street became the city's foremost street with houses in richly decorated Renaissance style. Unfortunately, several of the houses were demolished, but even today some of the fantastically beautiful houses remain. Along Avenyn there are houses that date back to the time around the turn of the last century.

Poseidon
From Kungsportsplatsen is the straight track up to the famous landmark at Götaplatsen, the statue Poseidon, by Carl Milles.

Older houses
Along the avenue there are houses that date back to the time around the turn of the last century. The first store on Avenyn was opened in 1914.

Good photo of Avenyn
If you want to get a good picture down over the Avenue, you can go all the way up to Götaplatsen and go up the stairs at the Art Museum. Then you will also see the back of Poseidon. 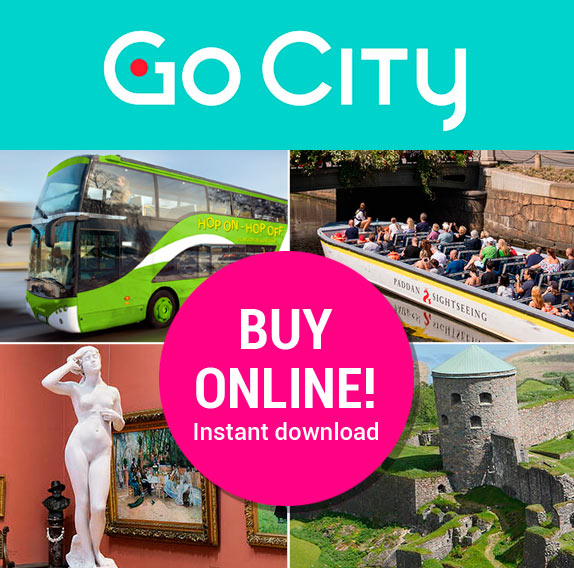 With a Go City Gothenburg Pass you can discover Gothenburg at a discounted price. This Gothenburg card is filled with entrances to sights, museums and sightseeing. You pay a fixed price for the card that is valid for different numbers of days: 1, 2, 3 or 5 days. Visit as many attractions as you can of all that is included.

Search for hotels in the map below: Choose date and number of persons. Do not click the search button - hotels and prices are automatically updated in the map when choosing dates. Hotels is presented i cooperation with Booking.com